Pace-setter, pioneer and founder Tom Harley-Haddow passed away at aged 99 on 13th September 2021.

Tom was a forward-thinking man who wanted all of his staff to thrive working within a relaxed atmosphere; always insisting on being humbly addressed as Tom.

His great vision was to have all design disciplines under one roof, which was partially achieved by himself being qualified as not only both a Civil and Structural Engineer but also as an Architect. Though he never qualified as a Building Services Engineer; he brought the discipline into his practice, in addition to Quantity Surveyor talent.

“One of many great aspects of his work was the modern use of timber. This included specialist designs such as the hyperbolic paraboloid shell roof to the Music School at George Watson’s College in Edinburgh, to having researched the stability of timber frame houses and the use of plywood sheathing to form racking panels. This research is a legacy for our day and the current design of timber frame houses owes a lot to his work.”   – David Scougal, Technical Director at Harley Haddow

Many of our projects with iconic structures were designed by Tom. Though some of which are now no longer here, such as the Meadowbank Stadium, the likes of Dollan Baths in East Kilbride, James Clark Maxwell Building, Brunton Halls, The Northern Co-op Building (Latterly John Lewis), St Marys RC Cathedral and many more remain today.

Though not all of our modern-day team were lucky enough to work under his leadership, those who were have continued to instil the culture, work ethic and passion which Tom was so famous for. We not only continue to carry his name, but the culture he worked to build within the company still stands firmly today.

We are grateful to Tom Harley-Haddow and his legacy for who we are as a business, as Engineers and as innovators of the future which he helped create.

We extend our thoughts to his family and loved ones, and to those who had the pleasure of knowing him. 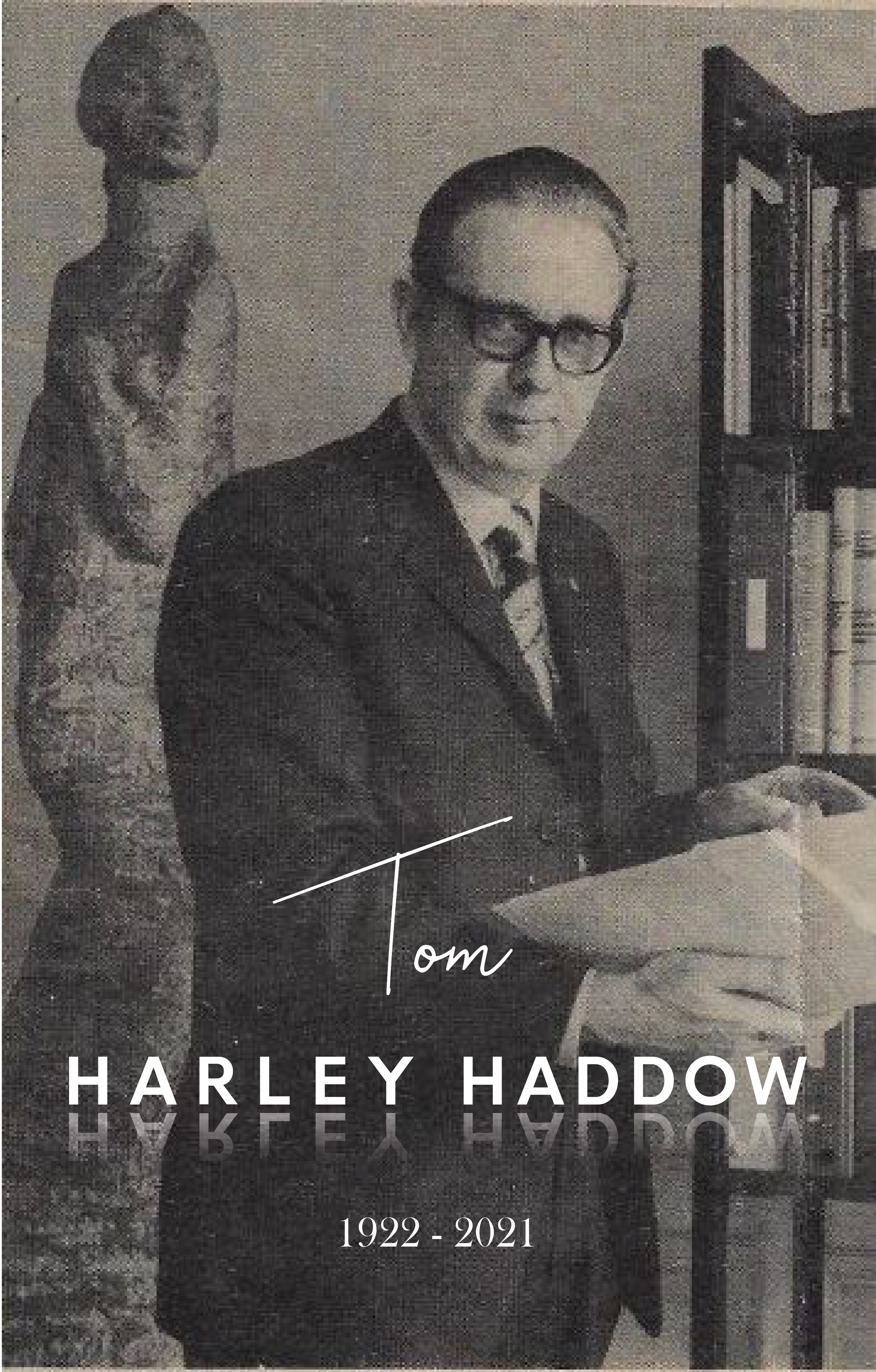 Harley Haddow are delighted to be shortlisted in the Building Performance Consultancy of the Year category at the CIBSE Building Performance Awards 2023. The award recognises the consultancy that has demonstrated an outstanding contribution to delivering buildings that have high levels of measured building performance and user satisfaction throughout their… END_OF_DOCUMENT_TOKEN_TO_BE_REPLACED

Following the opening of Harley Haddow’s first North West base earlier this year, we are pleased to announce the appointment of Ian Chalk as Director. Ian, who has over 20 years’ experience in the industry and region, joins the business to further strengthen our Manchester offering. He has worked on… END_OF_DOCUMENT_TOKEN_TO_BE_REPLACED

As we continue on a successful period for Harley Haddow, we are honoured to announce that we have now been shortlisted for all awards entered so far this year in being selected as a finalist in the Engineering Consultant of the Year category at the Building Awards 2022. We are… END_OF_DOCUMENT_TOKEN_TO_BE_REPLACED

We are excited to be announce we have been shortlisted for the #CandEAwards2022 organised by the Association for Consultancy and Engineering (ACE). Ian Parker, ACE’s group commercial director, [..] said: “The quality of all the entrants and nominees was, as ever, truly outstanding this year, and everyone who made the… END_OF_DOCUMENT_TOKEN_TO_BE_REPLACED

Harley Haddow are grateful to have been selected as a ‘Engineering Consultant of the Year’ finalist in this year’s London Construction Awards. The LCA’s celebrate the achievements, developments and innovation across London’s construction industry, and we are honoured to have received this recognition alongside an array of incredible businesses. It… END_OF_DOCUMENT_TOKEN_TO_BE_REPLACED